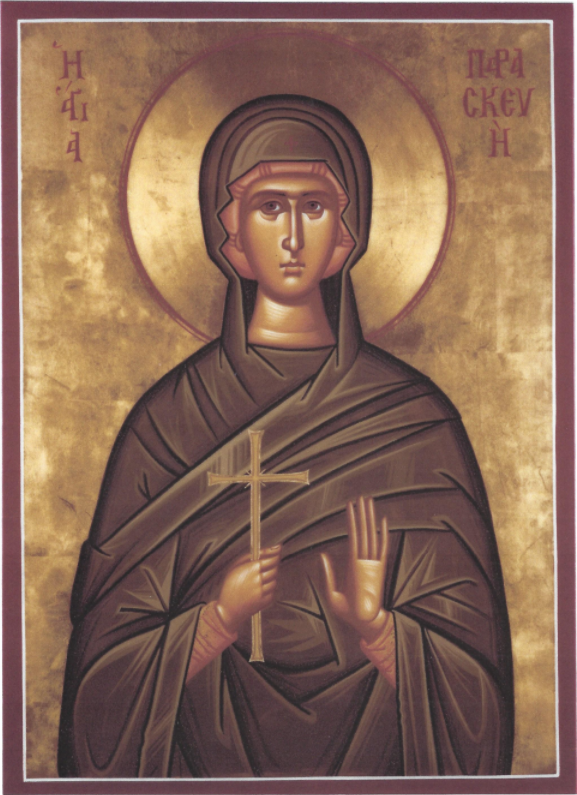 The Patron Saint of our Church St. E Premte was born in the year 140AD. She was born in the Illyrian Province of the Roman Empire and her parents were very wealthy. They named her after- the day on which she was born, Friday, or the day of preparation. In the Albanian language E Premte means
Friday. In the Greek language St. E Premte is known as St. Paraskevi, in the Slavic language St. Petka. She was a very pious Orthodox Christian as a young girl and she spread the Gospel throughout the Roman Empire, even though this was forbidden by Roman law.
Upon the death of her parents, she donated all of her wealth to the poor along with all of her possessions. Shortly after this she traveled to Jerusalem to be close to the Holy Land, and then returned later to what ispresent day Albania. While there she remained devoted to Christ and his Church until her death.
After her death her relics were taken to the city of Constantinople and they were laid in the Patriarchal Church until the year 1570.In 1570 her relics were taken to lasi, Romania and were ceremoniously laid in the Three Hierarchs Church. St. E Premte is considered one of the Venerable Mothers of the Church and we celebrate the feast day each year on July, 26th.